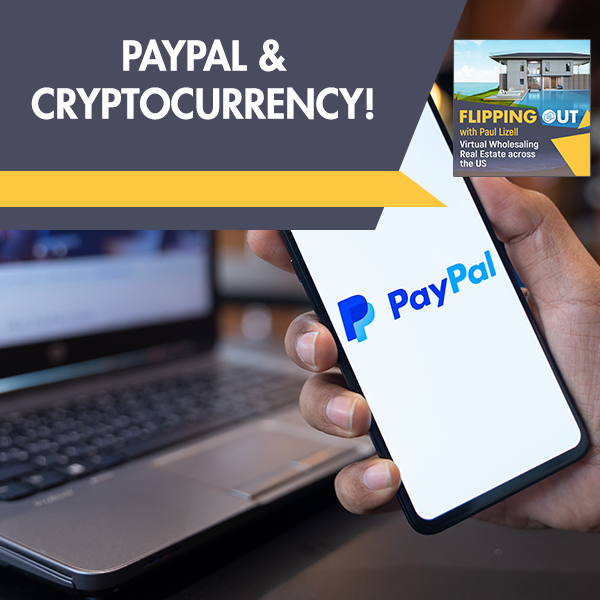 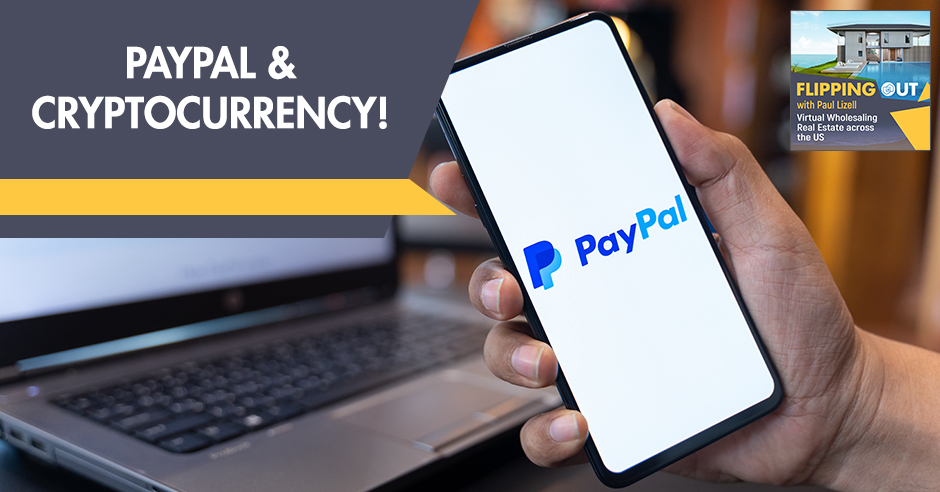 PayPal will now allow customers to hold and trade cryptocurrencies on their popular platform Venmo. Having long thought that Venmo was the preparation for the introduction to mainstream cryptocurrency use and holding, now, it looks like it is beginning. According to JP Morgan Chase, Bitcoin and cryptos have skyrocketed after this news, and it looks like the sky is the limit. Paul Lizell gives you a view on this latest happening and shares what you can expect from here on out.

Listen to the podcast here:

There’s some crypto news coming in. There’s been some coming in here, the big news is that PayPal is opening up its network to cryptocurrencies here and they have 26 million merchants in our network. Now they’re going to allow you to hold cryptocurrencies on their platform. When you go to purchase something, it’s going to convert it to cash there and will become a regular old standard purchase like you’re using your own debit card or whatever credit you have in there. This is big news, a huge play and it’s made crypto or it’s made Bitcoin gold from $11,000 and change say near $12,000 to where it is now, which is around $13,659. The threshold from where people feel it’s going to have resistance is that $13,200 to $13,900 price point. Now, we’re right in the middle of it.

If we break through that, there is more room for it to go up before any pullback. We’ll see where it goes here and we’ll follow up other things. Ethereum shot over $400, Ripple has been steady at $0.25, Bitcoin cash at $2.65. Litecoin has increased about $10 over this time period to $57, almost $58. You’re seeing a nice rise in the crypto world. It’s because of news like this where PayPal is now going to be accepting it. The company has 346 million active accounts in the world already. Probably a few people that have the cryptos will be doing it here, but this is going to make more people and it’s a great play by PayPal because it will bring crypto people their way.

They’re going to have a virtual wallet with PayPal and that money can be converted into cash, not sure what the transaction fees will be. We’ll see how it goes there. Hopefully, there’s going to be mild. I wouldn’t imagine they would be charged with too much. One of the advantages of cryptocurrencies is as soon as an end-user wants to take it, there are no transaction costs. You’re going from your virtual wallet to their wallet. There would be no cost involved in that. PayPal is going to do it. They’re going to have to keep their costs down if they want to stay competitive.

They’re trying to get market share. In this article, JP Morgan, which is the largest US bank wrote that Bitcoin has considerable price upside for the long-term and that is huge. My target for the end of 2020 is the $16,000 to $18,000 range. It could break through that in 2021 at some point, but it will have pullbacks as it always does. This is what Bitcoin and cryptocurrencies do. They are volatile markets that go up, they go down, but they are a great place for me to house cash with times of uncertainty because we’re starting to hit. Stock markets started to tank.

We’ll see if that continues or whether it’s a short-term trend, which has happened many times in the stock market in 2019. I don’t think there’s any upside to the stock market. Everything is vastly overpriced and people feel that. You could see a real shift come over to the cryptocurrency world. As people realize, a lot of these coins are undervalued in comparison with the stock market and Bitcoin is looked at as a digital gold, an alternative to gold and silver. Litecoin is going to be an alternative to silver. These cryptos and the movement up can definitely continue to happen here.

The more mainstream use there is the more adaptation of cryptocurrencies, the less downside. Click To Tweet

There is a risk of the price dropping. You want to time your buys with Bitcoin and other cryptos to downturns in the market. If you look at the chart, it’s been a nice, steady increase and it shot up with the news. It’s good here. I feel like the new bottom is $10,000 and there’s $12,500 support as this says. That’ll sequel back below that, but it will be harder to go below that $10,000 value. This article talks a little bit about the technical chart showing signs of temporary bull fatigue. This could continue through it. The better news that comes out as other places adapt, that’s what’s going to drive it up. The better news that comes out, you’ve got to think of it from this perspective.

The more mainstream use there is the more adaptation of cryptocurrencies, the less downside. Each time this chart is moving up, it might have a drop, but it’s not going to be nearly the same drop right before it starts going up again. It’s not going to fall off the end of the earth as it has in times in the past where you go and well below numbers here before gaining traction again. We are at a point where we’re going to be moving forward way more often than we’re moving backward. Especially with what’s going on with the printing of money with the banks, it’s something that’s going to affect the cryptos in a positive way, as well as I see it affecting gold and silver, potentially real estate in a positive way too. 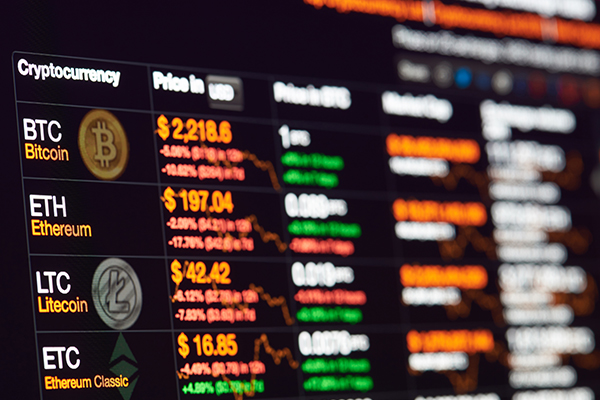 PayPal Cryptocurrency: One of the advantages of cryptocurrencies is, as soon as an end-user wants to take it, there are no transaction costs.

Residential real estate that is, commercial is going to take a hit with what’s going on with the Coronavirus pandemic here. There’s a lot less use for office space. There is still heavy use for industrial space. That’s still going to be in demand but you’re going to have an overall drop in a commercial real estate market as I see it here. People are going to be looking to put their money into something else. Cryptocurrency could be it at least for the short-term. This is step one here of the adaptation and it’s a big one being PayPal company is the largest accepting this. It’s only a matter of time before you have that on Venmo, the potential of doing it on the Venmo app and Zelle.

From there, it continues. You’re going to have banks, maybe like Bank of America, Wells Fargo, JP Morgan, holding wallets for you of cryptocurrencies. That’s something that banks want to stay relevant. They’re going to have to do that. Otherwise, they’re going to pay the price and be gone here. The DeFi Network, which is Ethereum. There are a few other things on that network. There’s been a corporate bond trade that happened back in July 2020 around a $20 million corporate bond trade. That happened on that blockchain. When Wall Street is starting to utilize it for bond trades, for other trades, it’s starting to become more and more mainstream. You’re not going to find a whole lot here in the mainstream media on it, but you will find it on other things like CoinDesk is going to have information like this.

There are other sources which you could find online. There are a lot of things on YouTube. A lot of people track the cryptocurrency world closely. I monitor, I watch it, but real estate is my main play. It’s something I want real estate investors to look at because it is a long-term play. When you have cash sitting on the sideline, if you know you’re going to be sitting there for a few months and not having to use it, I recommend potentially for you, not investment advice. For me, I’m going to put some of that into cryptocurrencies to offset any loss in value of the dollar, were inflation to offset that.

I don’t think we’re going to have too much in the way of inflation. I’m more of a deflation guy from what I see out there. That remains to be seen, but even with the deflation like the cryptos, they will rise where other asset classes may fall. You can’t go wrong with gold and silver either. They’re good solid assets if you’re looking for some stabilization of your funds. The big news here and I wanted to jump it out, put it out here and let you know there are not many guys like I said out here in the real estate world that is following cryptocurrency. There are a lot of people in the real estate world who dabble in it. I do a little more than dabble. It’s important that all of you know about this because it is our future, there’s no doubt in my mind. Another point here, I’m referring to stablecoins. 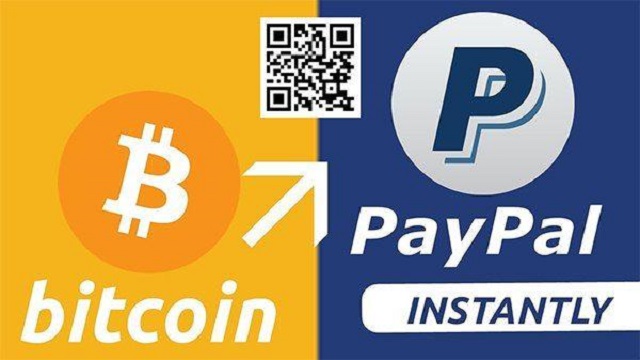 A lot of people don’t know what stablecoins are. They are based off either a US dollar or another currency or they’re less volatile than your traditional tokens and cryptocurrencies out there. PayPal talks about it here and its new system will address these issues as payments will be settled using traditional currency, such as the US dollar. The US dollar would be the main one used throughout the world since the dollar is the reserve currency, but they will, I’m sure make it, be able to be done in Euro and other currencies out there as well. The Yen, Yuan so on and so forth.

As matter of fact, the Yuan has created its own digital currency and they put a little lottery system out there for people to get so they could spend that Yuan. They wanted to make this easy. It’s not a cryptocurrency, it’s their digital currency. The same thing, more or less cryptocurrency, but it’s not based on a blockchain. It is different from that perspective. Digital currencies are going to be the future. The US dollar digital currency is going to be in the future here, probably in a shorter-term than we realize, maybe within the next year or two, potentially sooner, who knows. If there’s any large economic crisis, it could happen even quicker. If there’s any big dollar devaluation, they will switch that digital dollar as quickly as they possibly can.

Keep that in mind when you’re investing in these. This is a volatile asset class and there is a lot of danger and I’m not giving you investment advice. I’m telling you what I do and what I am looking for and where I see things going. If you want to follow us through, be my guest, go ahead and do that. There are some good guys to follow out there in the crypto world on YouTube and other platforms that can teach you and give you a dive into more detail about what’s going on there. I do see crypto as being able to be used to purchase real estate in the near term.

There will be a point where I can use PayPal to either send that earnest money deposit to my title company or straight to my title company for purchase. I might be able to buy a house in Bitcoin coming up down the road, not too much longer. Some transactions have already been done using Bitcoin in this world but I’m not sure when the first opportunity I will get to do it. I’m sure it’s within the next five years, if not the next year or two, where I’ll have the opportunity to purchase a property in Bitcoin. I am looking forward to that. If you have questions, you can reach out to me. If there’s more information you want to know about cryptocurrencies, I’ll be happy to bring in guests if the demand is there. Thanks. Take care.